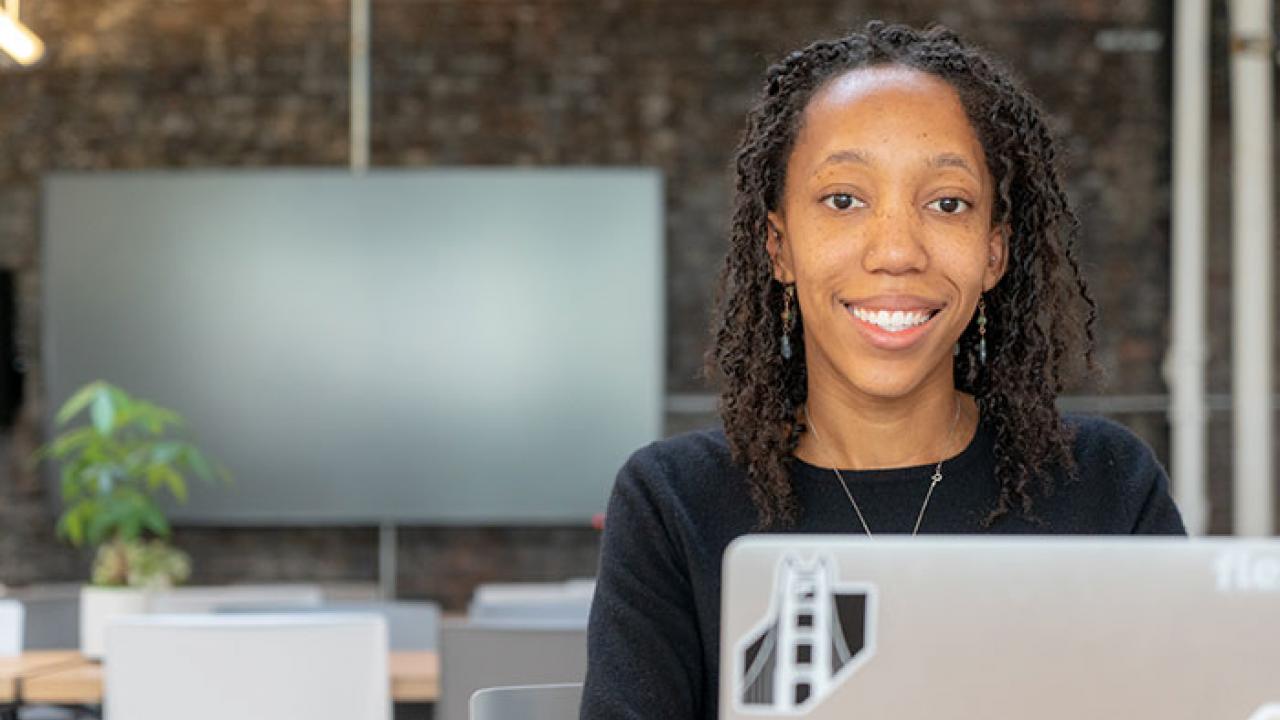 This story originally appeared on magazine.ucdavis.edu.

Opal Franklin ’18 said she felt the odds stacked against her for too many years. She spent much of her upbringing in the foster care system. Some of her closest family members had been incarcerated, and role models were few.

“People like me are not supposed to graduate from college, more or less high school,” she said. “It was more about beating the system and making it to [age] 18. I knew that education was my way out.”

Since graduating from UC Davis, Franklin has thrived in the competitive world of high tech. She works in recruiting for Flexport, a startup company in the San Francisco Bay Area that specializes in shipping and logistics.

She credited her undergraduate education in African and African American studies for helping kickstart her career. It’s not an especially common degree among high tech workers, but she said it primed her for companies that address issues of diversity, equity and inclusion.

“A lot of tech companies right now, especially those with big venture capital firms [backing them], want to see companies pursuing these [diversity, equity and inclusion] initiatives,” she said. “I understand these histories and systems and bring that pedagogy to the table when I’m having conversations with executives.”

Ultimately, Franklin aims to pursue a law degree and masters in social work. She credited her time at UC Davis for inspiring her to rise above challenges and help others.

“Helping people out is where I find joy,” she said. “The law part is implementing the policies to drive change.”