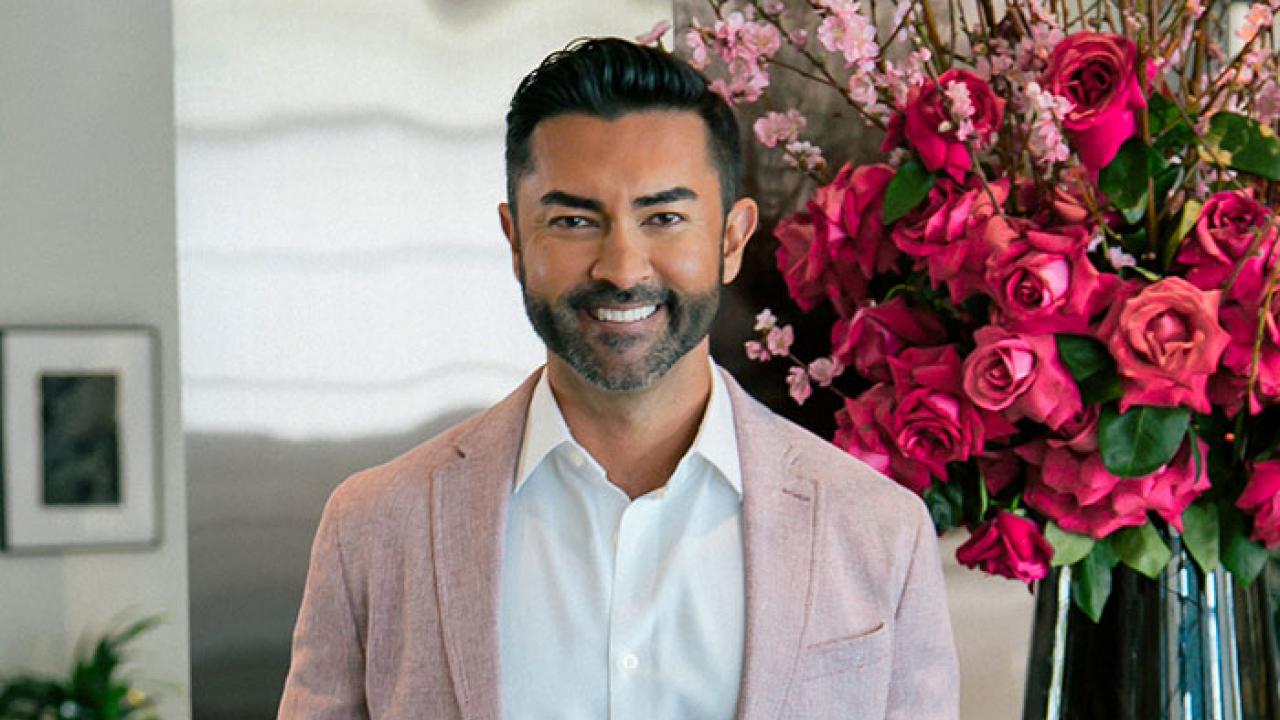 This story originally appeared at magazine.ucdavis.edu.

For Yawar Charlie, M.F.A. ’97, a background in psychology and dramatic art helps a lot in his current profession: selling luxury real estate.

Charlie, an agent with Los Angeles’ Aaron Kirman Group, recently co-starred on the CNBC show Listing Impossible, which highlights million-dollar properties that have been languishing on the market.

The grandson of Bollywood film pioneer Noor Mohammed Charlie, Yawar Charlie holds a B.A. in psychology from University of San Francisco and an M.F.A. in dramatic art from UC Davis. He worked as an actor before discovering a talent for sales.

“Real estate really has a marriage of all of it — you are part psychologist, part actor,” Charlie said. “You always have to be on. And it calls on you to be creative and think outside of the box.”

And though he’s sold hundreds of listings in the greater Los Angeles area, Charlie faced some of his most difficult assignments on the show, which concluded its first season in March.

He said what you see on TV is very true to life.

“Our team is very tell-it-like-it-is,” he said. “Our job is to get things sold. We go into homes that are sitting on the market and have problematic owners sometimes. We hope to relaunch, repackage and sell the house. Sometimes it works, and sometimes it doesn’t.”

Life now is a stark contrast to his experience at UC Davis, he said.

He grew up in San Francisco, and chose UC Davis for the esteemed faculty, including visiting artists from Great Britain. He performed a variety of roles and studied theater history and literature.

“I really look back fondly on my time at UC Davis,” said Charlie. “It gave us the foundation to go off and be crazy in our real lives.”