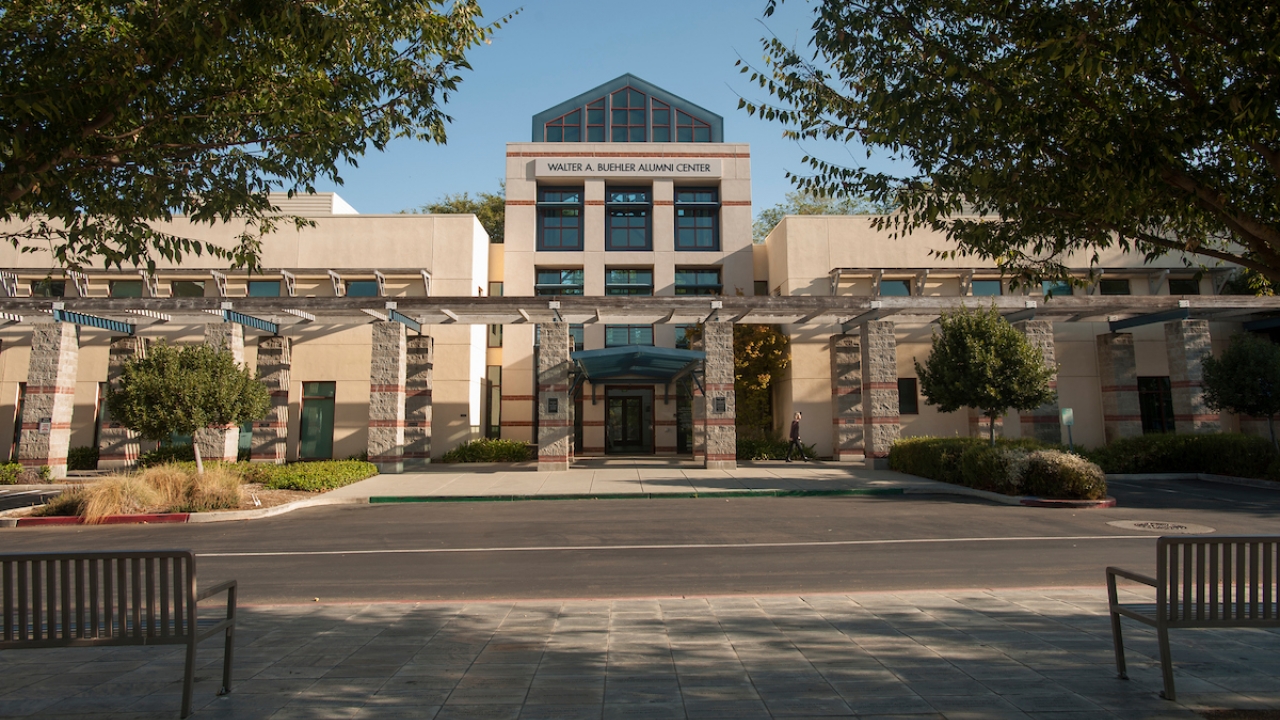 The Cal Aggie Alumni Association (CAAA) recently announced the following six new members of the Board of Directors: Deborah Austin-Thompson ’87; Mark Diaz ’74; Jeff Fucci ’08; Lydia Ramirez ’03; Teron McGrew ’89 M.S. ’92; and Brian Victor ’91. The CAAA board of directors is a group of alumni volunteers who lead the organization in its service to UC Davis and alumni. Leadership provided by the board is essential to accomplishing the alumni association’s mission: "To enrich the lives of alumni, students, families and friends worldwide, and develop lifelong ambassadors for UC Davis.”

“I offer my sincerest welcome to our six new members of the board of directors. Their individual talents, passion for UC Davis and unique experiences as Aggies will help us achieve our ambitions for the future,” said Dana Allen, executive director of CAAA and assistant vice chancellor for alumni relations.

Meet the newest board members:

Deborah earned her B.A. in psychology in 1987.  She is one of three family members to graduate from UC Davis, is a CAAA life member and serves as a board member for the African and African-American Alumni Association. During her years at UC Davis she loved working in the campus police serving as a Cal Aggie Host.  She later had an undergraduate internship with the University Extension. She earned her M.P.A. and currently works for John Muir Health System.  She and her husband, Ron, currently reside in Fairfield.

Mark graduated from UC Davis in 1974 and earned a B.S. in biological sciences. Mark received his medical degree in 1979 from UCSF. He completed a family practice residency 1982 and fellowship 1983 both at UC Davis Medical Center. During his time at UC Davis, Mark was involved in the Chicanos in Health Education and the Clinica Tepati free clinic. Today, Mark works for the California Public Employees Retirement System as a medical consultant and lives with his wife, Martha, in Sacramento. Mark’s favorite place to visit on the UC Davis campus is the Center for Chicanx and Latinx Academic Student Successes. Mark is a first-generation college student as the first person in his family to attend and graduate from college.

Jeff earned a B.A. in history and a minor in education in 2008. Jeff went on to earn his M.E (2010) and M.B.A. (2020) at the University of Southern California. He also holds a certificate from the prestigious Sports Management Institute executive program. Currently, Jeff serves as the Associate Athletic Director at the University of Southern California. He lives in El Segundo, Calif., with his wife Kelly. While a student at UC Davis, Jeff competed for the Aggie football team and also interned with UC Davis Athletics Department. Many of Jeff’s closest friends to this day remain his former teammates. Jeff was a member of Lambda Chi Alpha and the Fellowship of Christian Athletes. As a student, Jeff especially enjoyed visits to the Silo.

Teron earned her B.S. in applied behavioral science in 1989, and in 1992 earned a M.S. in community development. While she was at UC Davis, Teron was actively involved in Citizen’s Who Care, the American Association of University Women and actively participated in the renowned Black Family Day festivities. Currently, Teron works as the CEO of McGrew & Associates, a regenerative housing & community development company, with a focus on climate change and climate justice adaptation. Teron is a first generational Regent of California graduate, and first African-American woman to serve on the Climate Reality Bay Area Chapter, Co-Chair, that created and the climate justice committee and implement the Climate Reality Project's Diversity, Equity Inclusion & Justice. When Teron comes to the UC Davis campus, she enjoys visiting Putah Creek, the Quad, the Rec Pool and the Peter J. Shields Library. She also serves on the Board of Directors for the UC Davis African and African American Alumni Association (5A).

Lydia graduated from UC Davis in 2003, earning a Bachelor of Science in psychology and Bachelor of Arts in Spanish, and is a first-generation college student. During her time at UC Davis, Lydia enjoyed being a part of the Cal Aggie Marching Band-uh! and the Chi Omega Fraternity. As a sister and advocate for Panhellenic life she took to sharing her passion for mentorship and women empowerment as Recruitment Chair, Chapter Advisor, and local Alumna Board Member for the women of the Chi Omega Sorority from 2003 through 2013. Recently, Lydia graduated from California State University, Sacramento, with a Master of Business Administration. She is also a graduate of CBA Executive Banking School. Lydia is the Senior Vice President, Chief Operations & Chief DEI Officer for Five Star Bank. She serves on the board of directors (as chairperson) of Sacramento Hispanic Chamber of Commerce, is an active board member with the Sacramento Black Chamber of Commerce, the Sacramento Food Bank & Family Services, and the North Natomas Little League, in addition to the Cal Aggie Alumni Association. Lydia currently resides with her family in Sacramento.

Brian graduated from UC Davis in 1991 with a Bachelor of Arts in psychology along with a minor in education. In 1993, Brian earned a M.S. in clinical psychology at California State University, Long Beach. In 2009, Brian earned a J.D. degree from the Concord Law School at Purdue University Global. During his time at UC Davis, Brian was a writer for Tercero Times Newsletter and enjoyed watching basketball and football games on campus. Currently, Brian lives in San Diego with his wife Judie and practices law at the Law Offices of Brian A. Victor. When Brian comes to visit campus, he enjoys visiting the Coffee House and the Pavilion. Brian is proud to be a CAAA life member.

Charles earned his B.A. in political science in 2008. During his years at UC Davis, he served on the board of directors of the Student Alumni Association and as a campus tour guide. As an alumnus, Charles currently serves as the President of the Cal Aggie Alumni Association Board of Directors being the youngest and first openly gay leader of the association. He previously served as the Executive Vice President of the CAAA Board of Directors, a leader of the Washington DC alumni group, a CAAA chapters committee member, as well as the CAAA awards subcommittee member. Charles currently works as the Senior of Public Policy Manager for Turo leading their US, Canada and UK public policy team. He has a decade of experience working in government affairs including working for the United States Congress and the University of California’s Office of the President.

Scott joined the Board in 2015, has served as the Vice President/President-Elect since July 2020, and will be the Board’s President from July 1, 2022 to July 1, 2024. He received Bachelor of Arts Degrees in Political Science with High Honors and Communication with Honors from the UC Davis in 2009. Scott earned his J.D. in 2012 from UC Davis School of Law, where, among other things, he graduated in the top 25% of his class, earned the Witkin Award in Legal Research and Writing, served as Chair as the Trial Practice Honors Board, won the Seventh Annual Williams Institute Moot Court Competition at UCLA, and graduated as a member of the Order of Barristers. In real life, Scott J. Judson is the Managing Attorney of the Sacramento office of Bold, Polisner, Maddow, Nelson & Judson, A Professional Corporation, where he works along side his father, Craig (’81, J.D. ’84). Scott’s practice focuses on estate planning, estate and trust administration, and related litigation. Scott and his family (including wife, Kristen (B.S. ’09), daughter Sydney, and son Tanner), are avid fans of all things UC Davis and UC Davis Athletics, and can regularly be found around campus and the City of Davis wearing Aggie Blue and Gold.